With our pure organic fertiliser

Call us today on 0413 807 176 To become the only one in your country
supplied and supported by Wormtec worm farming and vermiculture. 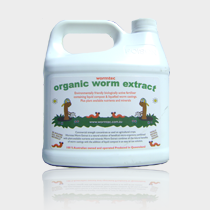 We can ship 1,000 litres+ Australia wide

Do you know the difference between Worm Leachate, Worm Tea and a Worm Extract?

The Pros and Cons that you really need to be aware of especially if your fertilising your vegetables and fruit trees.

As can be seen from the below article all the three products, Leachate Tea, Worm Tea and Worm Extract are all derived from worm castings, but that is the only similarity between them. All these worm based fertiliser products are all extremely different, but only one stands out as the best! Read on to find out what these products are, which one will best suit your needs and also note the detrimental side effects of the other two.

What is the difference between Wormtec Worm Extract Fertiliser and Worm Leachate and Worm Tea?

Worm Leachate is the run off water from a worm farm, so it’s the excess water that drips out of the bottom of your home worm farm or your large worm farming windrow, it contains some nutrients and low numbers of microbes, but this liquid run off water from unprocessed food waste can contain Phytotoxins and Pathogens (Phytotoxins are detrimental to plant growth) if you have low worm numbers in your worm farm it makes these compounds even higher in numbers in your Worm Leachate.

You will know from the instructions given to dilute Worm Leachate at up to 50 to 1 this is so you can dilute the toxicity (Phytotoxins) if there in large numbers in this product so they won’t burn or harm your plants.

As in Worm Leachate if you use worm castings of low quality or with un processed food or low worm numbers you risk both Harmful Phytotoxins and Pathogens been in your finished liquid Worm Tea. Like Worm Leachate You will be given instructions to dilute your Worm Tea at up to 50 to 1 so you dilute the toxicity (Phytotoxins) of the worm tea if there in large numbers in this product, this reduces the chance of burning or harming your plants.

Wormtec Worm Extract starts with the production of high grade worm castings with 16 years of research and development to develop these worm castings to the standard they are now. Our worm castings are fully processed and contain no food or organic matter they are pure worm castings, we even monitor worm numbers at a set level so that we have none of the problems both Leachate teas and Worm teas have as far as contamination and toxicity goes, we also keep everything totally organic.

We also have a method of pre-releasing the nutrients and biology contained in our wormtec worm castings before they go into our Wormtec microbial brewer extractor.

Our Wormtec Worm Extractor brewer uses the power of both water and air to gently tumble and extract the worm castings into a water solution and allowing the microbes and nutrients with all the fluvic and humic substances to dissolve into the water without harming the microbial population contained on the worm casting.

Worm Castings are the real key to success. As can be seen from above both Leachate tea and Worm teas the worm castings are the key to producing liquid fertiliser to fertilise your garden or crop, with low quality or contaminated worm castings you risk cross contaminating the vegetables or fruit you are going to eat or on sell to consumers.
This is the main reason we only produce and use our own developed and produced Wormtec worm castings in our fertiliser Extractor brewer, we have total control of all aspects of the fertiliser production from the very beginning to the very end as it’s all done by our team on-site at Wormtec Worm Farming and Vermiculture.

Without having total control of all aspects of your own fertiliser production you will have no idea of what your finished fertiliser actually contains be it good or bad.

Wormtec Worm Extract can be used straight without diluting as it will not harm the most fragile of plant, but we do dilute our worm extract fertiliser not to stop it from harming plants but, so you can evenly distribute the nutrients and microbial population across your farm, garden and lawns.
Wormtec Worm Farming and Vermicultures worm extract fertiliser is an extremely concentrated mix of both Nutrients and Micro-Biology I have seen test data on some teas and extracts claiming a couple of hundred thousand microbes per mill of liquid, our test results show 8.2 million microbes per mill of liquid.

If your purchasing product for your garden, ask to see the manufactures test data on both microbe numbers and nutrient levels as you can normally purchase high quality products for the same cost as these products with low numbers of both nutrient and microbes.

What Do You Need to Know to grow Crops or Garden Plants?

I have written 9 news articles below please read them as this information is required to succeed in growing both commercial crops and garden plants both organically and in a sustainable manner, without an understanding of this basic information your success will be limited.

Microbes are in the soil to break down organic matter (decay or rot) and to solubilise minerals. As plants are unable to absorb minerals or organic matter that is in the soil until they are broken down into a soluble form by the micro-biology. These soluable compounds can then pass through the plant cell wall to fertilise the plant and to provide the plant with energy to grow  (Read More)

Soil Ph: Should I Know Mine?

Yes. Soil PH is critical and controls the soil. When your soil PH swings away from neutral and goes above 8 and below 5 the soil microbes will start to go dormant, once this happens your nutrient cycle stops, mineral availability is at its largest availability at around PH 6.4 so this is where your soil Ph should sit, as your PH swings you also get chemical lock up in your soil, so the minerals and nutrients are there but some are unavailable for your plants to use.

As Wormtec Worm Extract Fertiliser is a Microbial based fertiliser one of the benefits of being microbial is the fact that the micro-biology contained in our fertiliser consumes organic matter, So the microbes contained in our Wormtec Worm Extract Fertiliser when applied to your soil, grass and turf will start the job of breaking down the dead organic matter (thatch) under your grass or turf root system.  (Read More)

Growing a Nice Lawn or Turf Area That is Maintenance Free, one of your main aims should be to get your turf grass root system as far down into the soil profile as possible. The deeper your root system goes into the soil the more nutrient and water that are available to the plant so the less heat stress your lawn will see and you can reduce the amount of water applied to the turf and make it drought tolerant.  (Read More)

Why Chemical Free and Totally Organic

Chemical fertilisers are detrimental to our environment. They leach out of the soil and contaminate ground water, they kill the microbes in the soil and on your crop. You breathe these chemicals in when you’re playing on the grass or mowing your lawn. (Read More)

Are There Worms in My Soil

Wormtec Worm Extract Liquid Organic Microbial Fertiliser – utilising the power of beneficial soil microbes to build Soil and Plant health whilst fertilising your Commercial Crops, Lawn and Plants! Chemical free and safe to use around children and pets. Safe to use on all plants and vegetables as well. Containing Soluble Nutrients and Microbial Bio Control of Pest and Diseases

Organic worm extract microbial fertiliser As all good gardeners and farmers know growing healthy crops and plants depends on the life in our soil, building rich soil high in humus and nutrients requires the soil to be alive with microbes. As these microbes convert organic matter into humus and solubilise minerals and nutrients so that they can be absorbed into your plants via the roots or through the leaf surface, if the nutrients and minerals are not soluble the plant is unable to absorb these compounds for healthy vigorous plant growth.

Our organic microbial worm extract fertiliser works by fertilising the plant and feeding the soil whilst re-inoculating the soil with soil microbes that have died from chemical abuse or toxins from pollution in the air and water plus the negative impact of detrimental farming and garden practices. Building soil structure with the use of fertilisers and rebuilding the microbial life in our soils, now this is how we succeed in our gardening endeavors and are rewarded with healthy plants, fruit trees and crops that don’t show constant signs of disease, mineral deficiencies and pest attacks. ( Read More )

Our Wormtec Worm Extract Organic Microbial Fertiliser will help restore and rebuild Soil Health and Vitality, Whilst reducing both Soil Compaction, Thatch build up and Pest and Disease Attacks without the use of Chemicals.

Shipped direct to your home or farm, whether you want 10 litres, 1000 litres or more we can supply you directly from our factory on the Gold Coast Queensland, we don’t mark up freight costs so buy direct from the producer and save.

Wormtec Worm Farming and Vermicultures fertiliser plant can produce in excess of 1 million litres of high grade Wormtec Worm Extract Organic Microbial Fertiliser a year. Every batch is identical as they are brewed the same way every time with our self produced worm castings; because we produce all the inputs for the brewing we have total control of the liquid organic fertiliser produced. 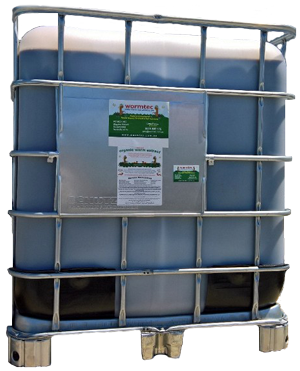 Contact me today on 0413 807 176, so I can start the job of helping you achieve a fabulous lawn, or assist you in bringing your Commercial Crop, Sporting Fields, Golf Course or Pasture back to a condition that you can be Extremely proud of.